Foreign Foods That Have Made Themselves a Name in UK Restaurants

The UK is one of the regions in the world where you will find the most diverse menus in restaurants. It is said that the English have little penchant for food, and this has prompted the world to bring its delicacies to them.

Actually, the argument is that even some of the foods that are listed as traditionally British were not inventions of the English. Most of them were only introduced here around a century ago, but have made the UK their home. We discuss some of these here.

This is a favourite dish in the UK, and primarily considered English. It is made up of pickled vegetables which are generously spiced. The origins of this condiment are in South Asia, with its introduction to the UK happening in the mid 18th century. Piccalilli has different ways of preparation, in different areas within the UK.

Oh no? Oh yes! The pudding that looks like the perfect English embodiment did not originate here either. Fanny Cradock, a hugely popular cook, claims that the dish owes its origins to Burgundy, a region in France.

Yes, that too! The fish frying practice was borrowed from the Jews, while the fried potatoes were the idea of the French. Food historian Panikos Panayi almost caused a national revolt when 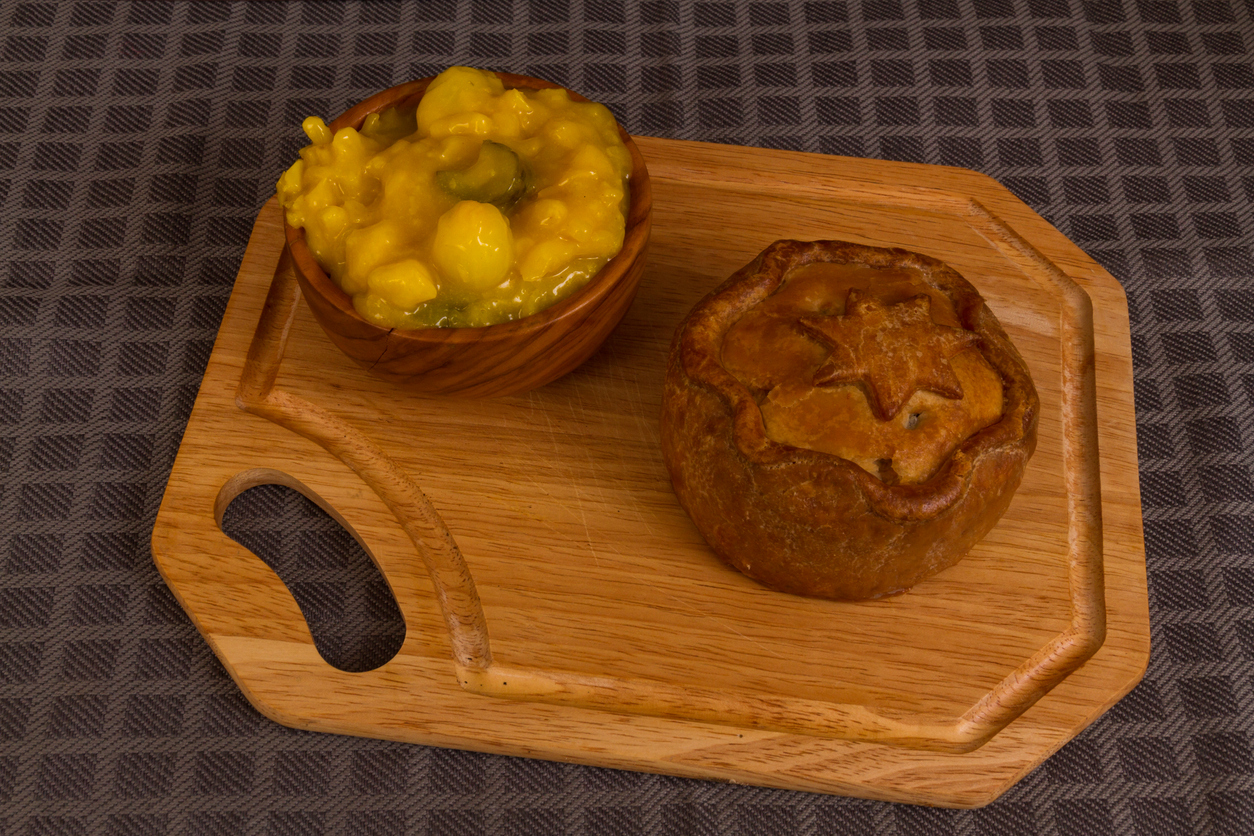 she first made this claim, but she was able to give evidence that broke every British heart.

Oh, come on now, really? This potato and sausages dish was brought over by the Romans. It is possible to make an argument, however, since the practice was borrowed as long ago as the 16th century. That said, the claim is a massive deflation to British egos, given how they take pride in what is theirs.

Most people will not mind whether a recipe is borrowed or locally invented, so long as they get a good serving of their order. However, there are those behind the scenes who are outrageously passionate about these matters. This is most popular among cooks who are forever digging up the origins of different foods in a bid, maybe, to make new discoveries.

In defence of the UK, the world has always been sharing ideas throughout its existence. Interactions during activities such as trade, competition and even war, have continuously offered countries a chance to borrow some practices from others. Domination during past eras of war also saw some methods forcefully impressed on subjects.

In 2018, a recipe that was borrowed in 1600 will not really be considered foreign, or will it? The fact that these recipes have settled, and made themselves a home in the UK, makes them as much English as any legal immigrant.