All About the Famous English Breakfast

You have undoubtedly heard about the traditional English breakfast, probably even sampled a serving. But do you know all about this widely acclaimed meal? Where did it come from? What ingredients make a full serving? Is it that popular among the English?

Well, read on for answers to these and more questions.

Bacon, eggs, tomatoes, mushrooms, bread, sausages and a beverage of choice, (mostly tea and coffee), are the major items that make up a full English breakfast. Bubble and squeak, baked beans and black pudding are often included as part of a serving, but they are not mandatory.

The items on the list may be prepared in different ways. For example, the eggs may be scrambled or fried. The tomatoes may be grilled or fried.

A large number of items on a full English make it entirely illogical to have a full serving on the go. Instead, the breakfast is often prepared when there are several people to be served so that everyone can have items of their 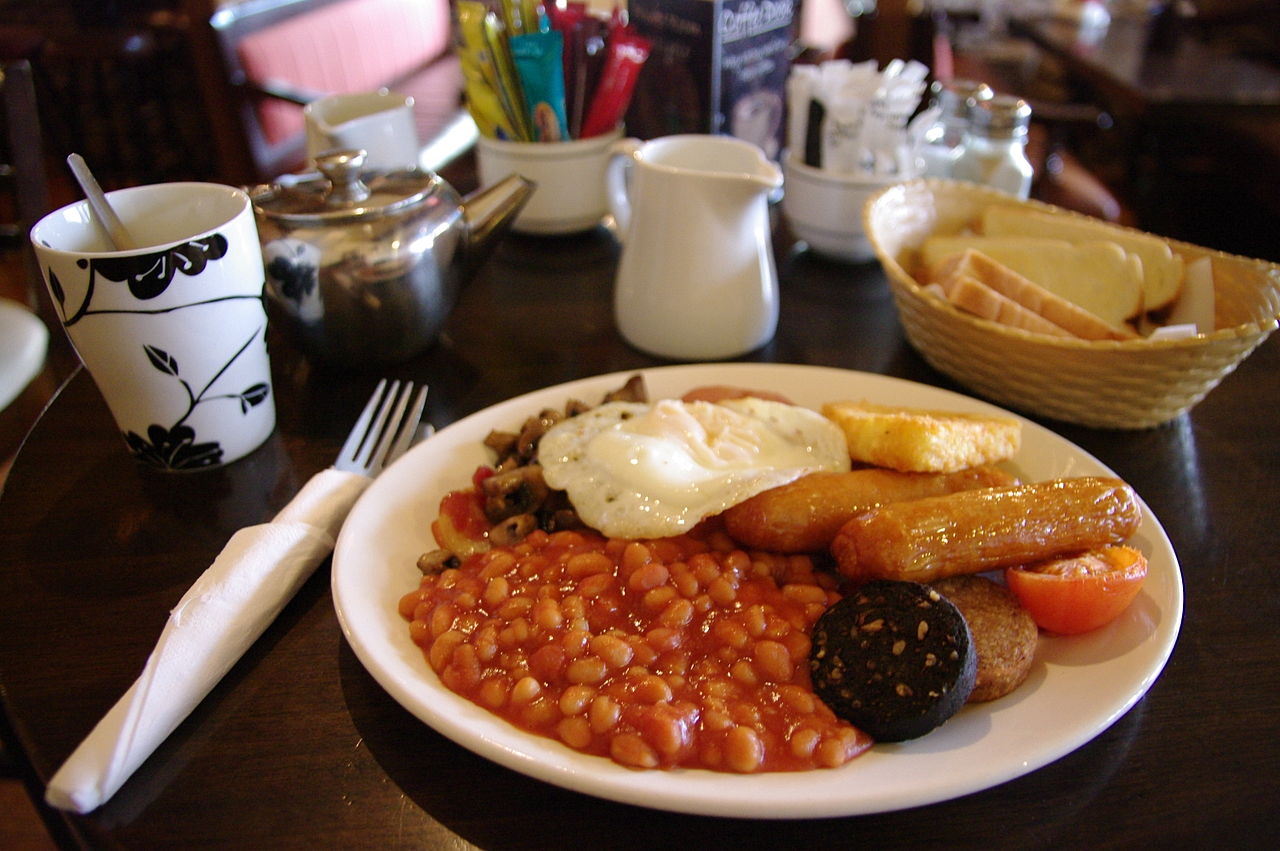 liking. Most restaurants serve the breakfast in a buffet style and allow customers to pay for only what they consume.

It is breakfast, right? Yes, it is, but the popularity of this dish, mostly in Ireland and Britain, has led to its being served for the better part of the day. Consequently, the name ‘all day breakfast’ has picked up popularity.

The full English has been in existence from around the 13th Century, so, as you might guess, it has made a lot of trips around the world. The meal is served in many areas outside the UK, and mostly in countries that were part of the British Empire. It is especially popular in New Zealand.

A full breakfast is as typical in homes, as it is at restaurants. Families usually make it over the weekend or holidays when everyone is home. The flexibility of items continues to grow, whereby an item like beans can be replaced by cereal. Some people even replace bacon with fish; it is all a matter of preference. A substitute for sausages (bangers) is yet to gain popularity, however.